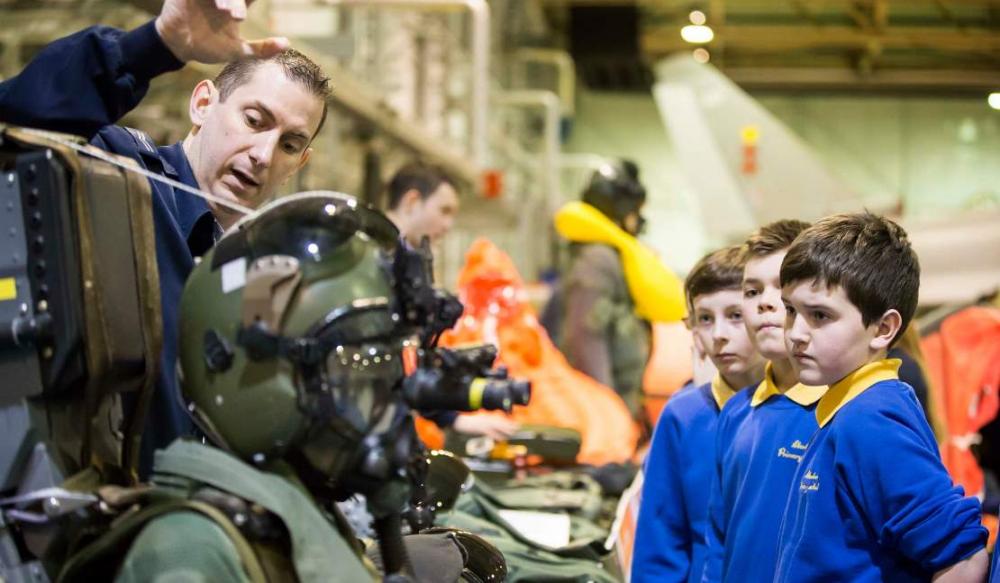 CLOSE TO 280 MORAY schoolchildren paid a visit to RAF Lossiemouth on Wednesday to attend the World War One ‘Centenary Roadshow’ being presented by national charity Never Such Innocence.

The charity is dedicated to educating young people about the conflict, including its impact and legacy, using creative methods.

Children from eight Moray schools have been studying the First World War for several months, ahead of the 2017/18 Never Such Innocence competition that invited them to submit poetry, art and songs inspired by events they had learned about the Great War.

For the roadshow at the Moray base children between the ages of nine and 15 were invited to recite the poetry, display artwork and perform songs created to commemorate the actions of those involved in the war.

Those included it effects it had on them and their families as well as the legacies left by the war throughout the last 100 years.