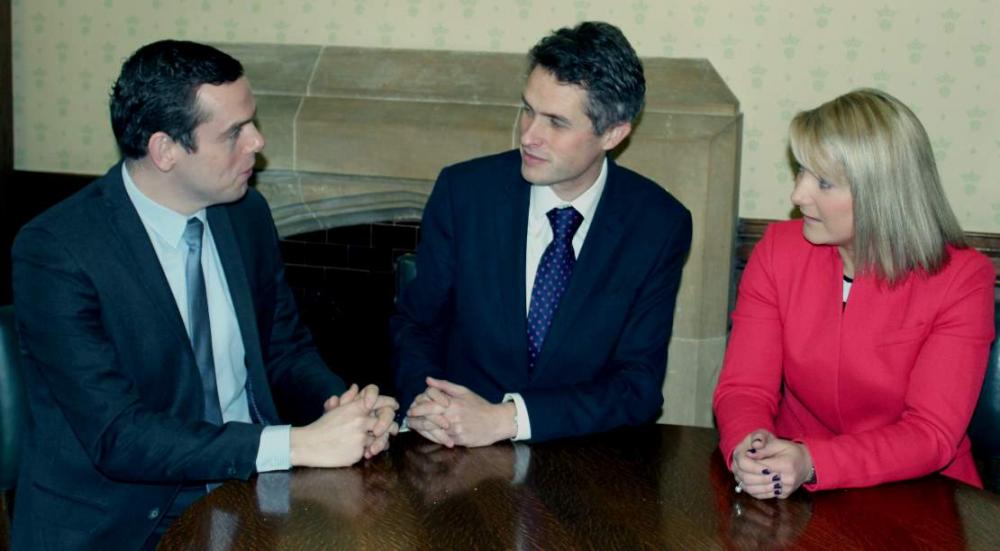 THE UK DEFENCE SECRETARY agreed this week to meet with Moray’s MP Douglas Ross to discuss the effect tax increases in Scotland would have on service personnel at RAF Lossiemouth and Kinloss Barracks.

Gavin Williamson MP agreed to meet Mr Ross and Kirstene Hair MP, whose constituency also contains a major military base where personnel have expressed their concerns.

Following the meeting, Mr Ross said: “RAF Lossiemouth and Kinloss Barracks make an enormous contribution to the economic and community life of Moray.

“This is planned to increase still further with the entry into service of the P8A Poseidon aircraft at Lossiemouth and more investment at Kinloss. The SNP’s response is to make the people serving at these bases the most highly taxed service personnel in the United Kingdom. “I have been contacted by a significant number of local personnel who are concerned about the tax increase which is why I am lobbying the MoD and the Secretary of State to do something about this.

“I have asked the Defence Secretary to examine whether it will be possible to compensate the service personnel for this tax rise which they would not pay if they served south of the border. The SNP are busy driving away investment and jobs from Scotland with their ‘Nat Tax’. I do not wish to see this extended to our military personnel as well.

“I was grateful that the Defence Secretary listened to our concerns and I will continue to work with the UK Government to see what can be done to sort this problem caused by the SNP.

“I will have more meetings with Ministers and am seeking a debate in the House to allow MPs to discuss this important matter for our military personnel in Scotland.”