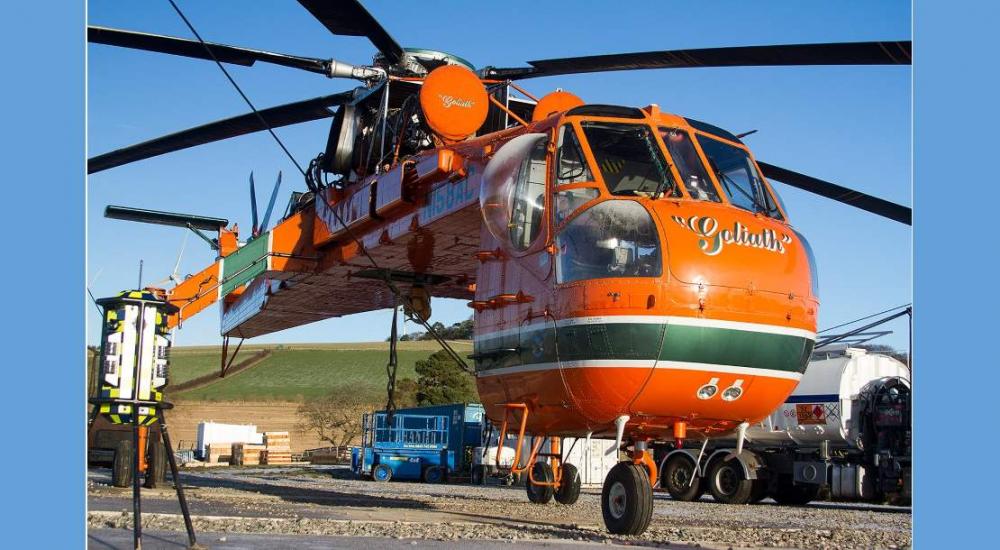 THE OPERATION THAT will see a 14-mile stretch of overhead electricity pylons installed through Moray may not have been welcomed by residents.

However, for aviation enthusiasts the controversial operation by Scottish and Southern Energy Networks (SSEN) has brought a bonus in the form of ‘Goliath’ – an extremely rare heavy-lift Sikorsky S-64 ‘air crane’.

First snapped by Jim Simpson when it was operating in Keith last month, with Jim’s images causing quite a stir with thousands of readers, ‘Goliath’ has been attracting snappers from all over the country eager to catch a glimpse of its massive lifting capabilities.

The aircraft, capable of lifting over 10-tonnes, has been a main attraction as it lifts complete pylons from Drummuir and carries them into position on the new overhead power system that will carry energy from the Dorenell Windfarm near Dufftown into the national grid.

There were protests when the overhead system went before Moray planners, who said that they would prefer the cables to be laid underground – however, the decision was forced through – to the anger of many residents along the route.