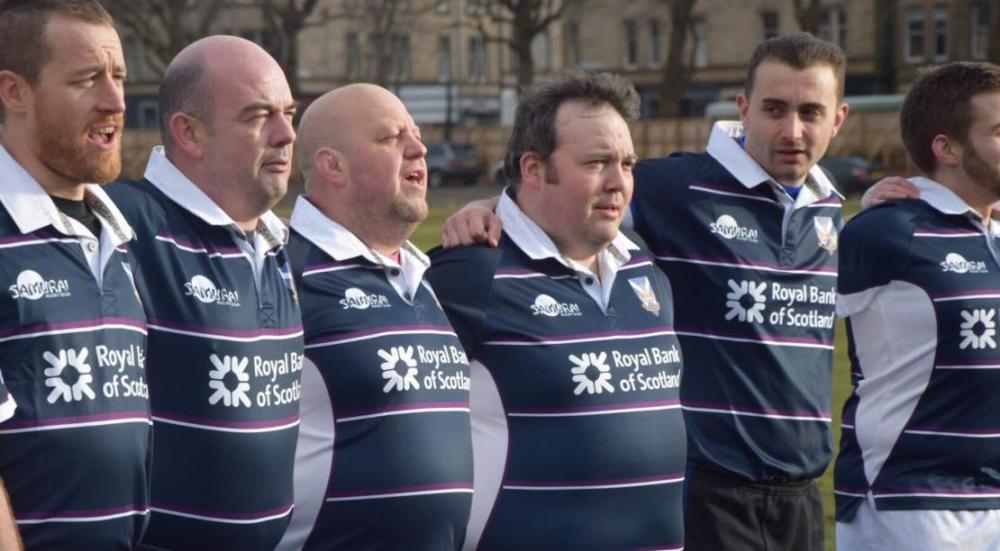 WHILE ALL ATTENTION of Rugby fans was held on Murrayfield at the weekend one small band were holding their own battle against France.

Highlands and Islands MSP Jamie Halcro Johnston, who constituency includes Moray, was taking part in a challenge at Raeburn Place in Edinburgh where a Holyrood parliamentary team met a French parliamentary team.

And like the main event, the match ended with a victory for Scotland – this time by a more comfortable 25-5 margin. The charity match was held in support of the School of Hard Knocks, an organisation that utilises sport to tackle issues around unemployment, crime and health across the UK.

Jamie was following in the footsteps of his great great-uncle, Henry Halcro Johnston, who was capped for Scotland at Raeburn Place in 1877 in an international match against England.

Halcro Johnston has previously played for the West Mainland in Orkney and Blackheath RFC in London. He is also expected to be playing when the Scottish Parliament RFC go on to face a Commons and Lords team from the UK Parliament on Saturday, February 24 in Edinburgh.

Mr Halcro Johnston said: “It was great to see such a good turnout from the French Parliament, with a number of Deputies and Senators coming over to play or offer their support from the stands.

“It was an excellent match which helped raise money for an important organisation as well as helping to build closer links with our neighbouring parliaments.

“I look forward to what is likely to be a tough challenge against the Commons and Lords RUFC later this month, but we go forward knowing that Holyrood can punch well above its weight against some of our bigger competitors.”