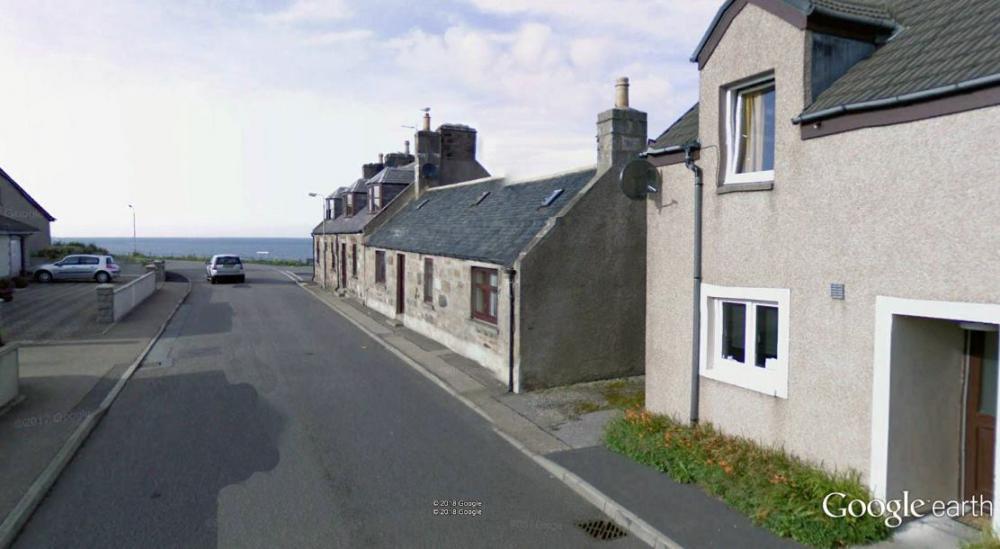 A 30-YEAR-OLD MAN WAS in custody last night following at horrific incident in Buckie that saw a residential building almost destroyed by a large construction vehicle.

Peace was shattered on Land Street at around 5am on Sunday when the massive tractor crashed into walls of a sheltered housing complex – leaving behind a trail of destruction and residents having to move to temporary accommodation.

Residents heard what they thought was a loud explosion with one saying that when he looked outside his home he could see the vehicle ‘embedded in the wall’. By the time he went outside the tractor had been reversed out of the wall.

Thankfully nobody was injured in the incident with a police spokesman later saying: “We can confirm that a 30-year-old man has been arrested in connection with a road traffic incident involving a digger-type vehicle at Land Street, Buckie.

“Inquiries continue and no one was injured as a result. A report will be submitted to the Procurator Fiscal in due course.”