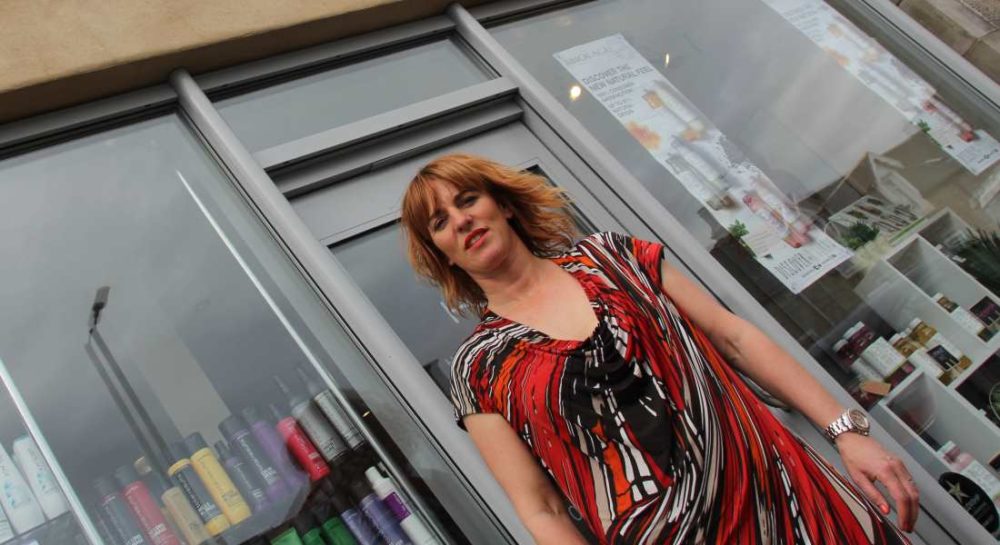 TWO MORAY BASED businesses have had a central role to play in front of an international audience during London Fashion Week.

Johnston’s of Elgin hosted a presentation at the event for the first time – and chose Lossiemouth-based hairdresser Karen Thomson, owner of the KAM salon, to work on the hair styling of the models taking part.

Karen was joined by two of her stylists, Tori and Paula, working backstage at the presentation of fifteen womenswear and five menswear looks. Karen and her stylists aim for the day was to have styles blending into one with the clothes – and the end results were stunning. Hairstyles included sleek, clean hair looks with hard centre partings and lots of mirror like shine. The day was very fast paced for the stylists and the final presentation lasted two hours.

Following the show Karen said: “This was my first Fashion Week and it was an absolute honour to work with Johnston’s of Elgin under the stewardship of Alan Scott, the Creative Director.

“It was such a privilege to be asked to lead on hair for their debut at London Fashion Week.”