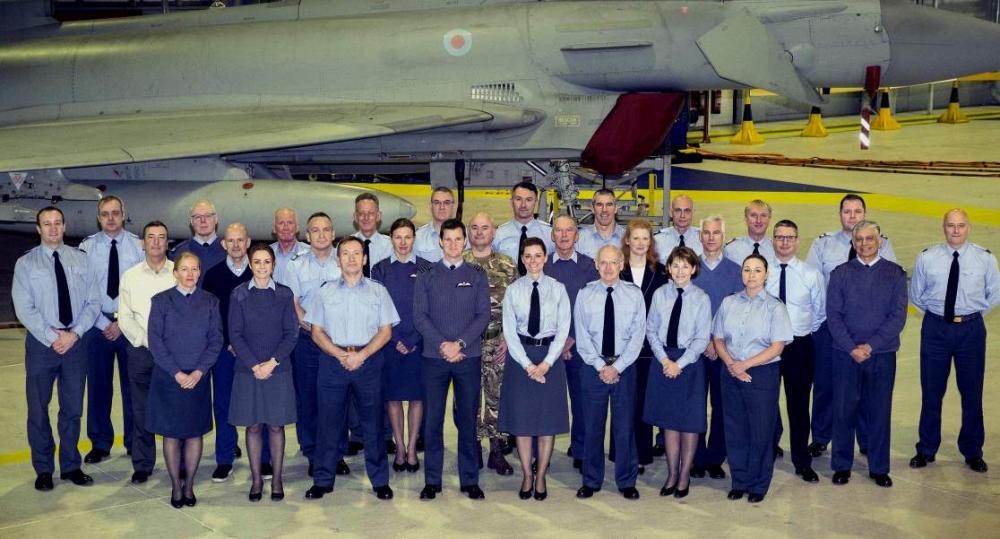 SIX MONTHS AFTER the first group of personnel were attested into the new Base Support Group (BSG) at RAF Lossiemouth an evaluation has revealed positive feedback.

The Base Support Group, known at RAF Lossiemouth as Fulmar (Support) Flight, is a two-year employment trial for ex-RAF personnel to remain involved in the Service.

Lossiemouth is one of four RAF bases involved in the trial – the others being RAF Boulmer, RAF Cranwell and RAF Honington. The aim was to create a new pool of RAF Reserve personnel who are still passionate about putting on their uniform.

They undertake both specialist and generic work in support of the RAF and augment manning during periods of gapping or to meet surge requirements. Personnel serve on Volunteer Ex-Regular Reserve (VeRR), with terms of service within the RAF Reserves at the rank they held on leaving Regular Service.

Those taking part in the scheme are not required to work a minimum number of days, as is the case with other Reserve contracts, and this provides the flexibility to schedule BSG work around other commitments.

Personnel have been motivated to join the Base Support Group for a variety of reasons – having perhaps left Regular Service for child care reasons and now looking to work during school hours, or maybe having left the Regulars and not yet ready to fully retire.

Since the inaugural attestation event in June 2017, Fulmar Flight manning has doubled with over 59 personnel attested and several applications in various stages of processing. At present 46 personnel are, or are about to be, engaged in a range of employment at RAF Lossiemouth.

RAF Lossiemouth Station Commander, Group Captain Jim Walls, said: “As far as I’m concerned, this concept is a win/win. We can use the exceptional skills and experience of our ex-personnel gained both during their RAF Service and in subsequent employment.

“In turn they have the opportunity to still serve but in a flexible way whilst allowing them to honour other commitments and personal circumstances. Being flexible is key to winning. RAF Lossiemouth will grow exponentially over the coming months and years, and I’m keen to embrace new ways of working to meet the challenges ahead.”

Wing Commander Matt Best from the Future Reserves 2020 project based at RAF High Wycome said of the scheme: “At the time of launch there was no data to assess how attractive the BSG Reserve offer would be, but it was a simple and robust idea that had worked well for our antipodean cousins in the Royal Australian Air Force.

“Designed to mitigate manning challenges created by gapping and surge requirements, the BSG scheme is now thriving at Lossiemouth, so much so that a variant of the BSG, the Command Staff Group (CSG), has stood up at Air Command and another BSG is soon to roll out at another unit.

“The support from permanent staff at BSG units who have embraced the idea and championed it locally have been central to its overall success.”

For more information about the Base Support Group and to register your interest please email Sgt Michelle Muir on LOS-FulmarFlt@mod.gov.uk. Applications are particularly welcome from ex-personnel wishing to serve in the Central Belt of Scotland.