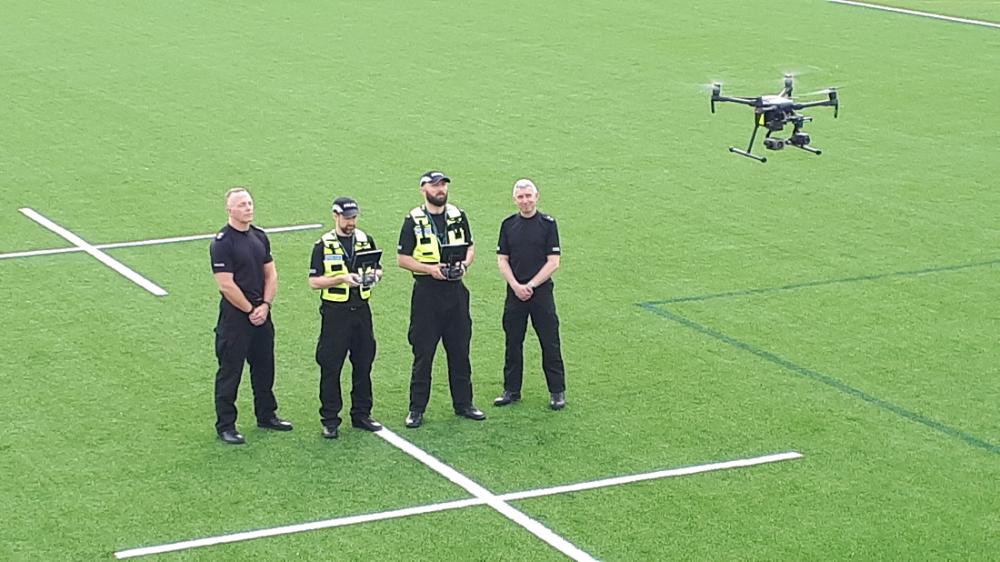 Police Scotland’s ability to search for missing and vulnerable people will be enhanced with the introduction of state of the art Remotely Piloted Aircraft Systems (RPAS).

The two RPAS will become operational in Aberdeen and Inverness on Wednesday, 1 May.

Used primarily in the search for missing people, the RPAS will be able to search large areas and locate a person faster than officers on the ground.

RPAS will be used in both urban and rural environments to get an aerial view of locations which are typically difficult to get to.

Deployed by specially trained officers based within Operational Support Units, the RPAS will also be available to support local policing incidents and pre-planned operations and events.

The RPAS will be transported in a marked police vehicle and deployed by officers in uniform. Where possible, social media will be utilised to make the public aware that the RPAS is operating in the vicinity.

Images recorded will be for an operational policing purpose and managed in line with current guidelines and privacy laws including General Data Protection Regulations.

Head of Specialist Services, Chief Superintendent Matt Richards said: “The addition of the RPAS to our air support capability will ensure we can deliver this service to the north of the country when previously weather or terrain may have prevented or delayed this.

“The introduction of the RPAS will be hugely beneficial to teams for example, when searching for vulnerable or missing people, particularly in the remote areas that we have in the north of Scotland.

“The RPAS will not replace the Police Scotland helicopter and there will still be occasions where we deploy the helicopter in the North rather than the RPAS.

“We have trained a number of officers to use the RPAS and they will be able to deploy across the North in order to provide valuable support to incidents, events or searches and they are a welcome addition to our air support function.”

“The Scottish Government continues to support innovation within Scotland’s police service and has ensured that the policing budget for 2019-20 is more than £1.2 billion.”

Susan Deacon, chair of the Scottish Police Authority, said: “This new system is a further step forward in ensuring that Police Scotland has the tools and technology they need to keep people and communities safe.

“The SPA will continue to support innovation and investment in our police service to ensure it continuously adapts and develops for the future.”

Police Scotland’s Divisional Commander George MacDonald Highland and Islands Division, said: “The introduction of the RPAS will be a huge benefit to policing and to the safety and wellbeing of our communities in the north of Scotland.

“The RPAS will be able to provide support in a variety of incidents and in particular will benefit search operations for missing or vulnerable people.”

Divisional Commander for North East Division, Chief Superintendent Campbell Thomson said: “The North East is a hugely diverse place, with both urban and rural areas and the addition of the Remotely Piloted Aircraft System (RPAS) will bring huge benefits to the communities we serve and will complement the equipment and dedicated officers we have keeping people safe.

“Similar to the Highlands and Islands, we see a high number of missing person enquiries that cover large geographical areas – so the RPAS will be of great benefit to officers as well as the additional support it will provide at other incidents such as serious road traffic collisions.”

The drones can be seen in operation on https://www.youtube.com/watch?v=shiQs1EFVYg