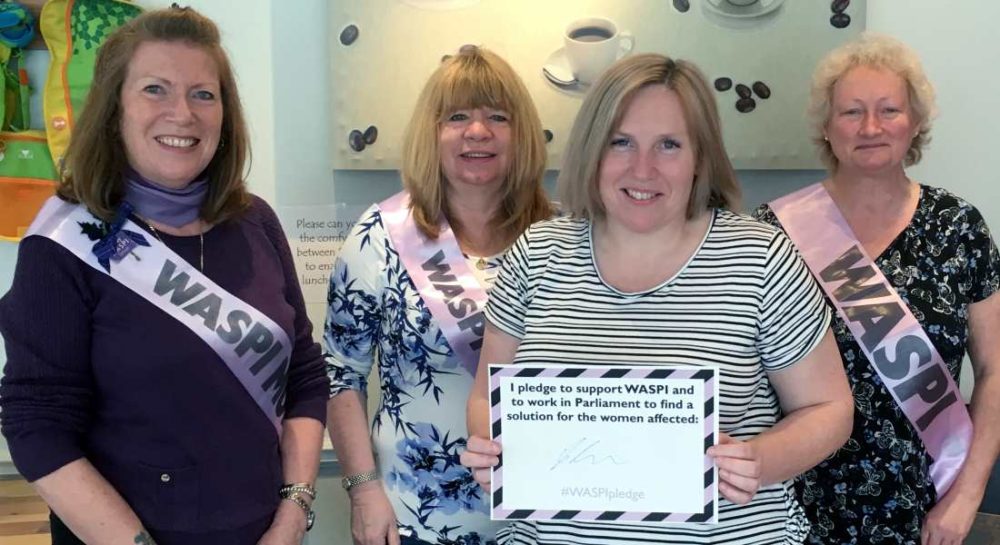 TWO MORE CANDIDATES contesting the Moray seat at the general election have put their names to a campaign for a fairer deal for women pensioners.

Labour candidate Jo Kirby has ‘signed the pledge’ for local WASPI campaigners at the weekend – and insideMoray can reveal that Conservative candidate Douglas Ross will go against the directions of his party to do the same.

The pledge is part of a national campaign by WASPI, who are fighting for a fairer deal for women who had their retirement age moved from 60 to 65 in a manner unfairly handled by the UK Government.

At the weekend Ms Kirby joined the SNP’s Angus Robertson in signing up a promise to continue to fight for a better deal of the women.

There was a further boost for the Moray WASPI campaigners last night when Conservative candidate Douglas Ross revealed that he would also pledge his support to the campaigners – despite being advised by his party central office not to do so.

In a letter to Moray WASPI, Mr Ross said that he raised the issue with his party but they took the stance that because only a handful of MPs or Candidates for the party has signed the pledge – and none in Scotland – he should not do so.

However, Mr Ross said: “I therefore informed them it was my intention to sign it anyway as I believe it is a fair request – and it simply asks me to do what I would be doing as your MP, standing up for an issue that impacts on many constituents.

“I am therefore very pleased to ask Moray WASPI to add my name in support of your campaign.”

WASPI campaigners from throughout the UK see the general election as the ideal opportunity to raise the profile of their cause, drawing support from prospective MPs of all parties.

Now the Moray campaigners are planning to bring their appeal to the public, with a spokeswoman telling insideMoray: “We are naturally delighted that now three of the five candidates in Moray have agreed they would continue to argue our case at Westminster.

“We will be setting up a stall on the Plainstones in Elgin on Friday (May 26) at lunchtime to mark our local day of action.

“This provides us with an opportunity to bring our case to more people in Moray and explain just why the manner in which the pension changes were introduced was simply unfair.”

More on the WASPI Campaign.